THE POLICE STATION WITH THE OLD ENTRANCE ON VIA TASSO, NOW ON VIA GATTINI

The place in question is the headquarters of the state police. Before starting however, I invite you to move from the current main entrance to Via Tasso, the first street on your right and follow it for about twenty meters until you approach the wall where the old entrance remains. Here you will find an indelible sign of the past. There is an evident sign on the wall of where the old entrance once was. I want to talk to you about the old entrance on via Tasso. My father was a policeman and I spent entire afternoons here roaming around far and wide until I was 12. I was a sort of mascot of my father’s colleagues because I was always with him at work on my free afternoons.  Not always naturally, because it was often his shift with the flying squad. Oh how I loved the flying squad. I remember the entrance perfectly, with the stairs that led to the upper floors, the operating unit, full of telephones, radio transmitters and telegraphs, that with every message, produced an infinite series of confetti that were kept in a container/drawer. These confetti were nothing more than small bits of paper that eventually disappeared – a product of the machine on which messages were punched in code. I was crazy about those confetti. And then the passport office, the shooting range, the games room with huge billiard tables, the shop and the garage full of long-antenna cars. There was also a dark green Fiat 126 which had obviously been used as an undercover vehicle. I practically grew up in this place where discipline and rigor prevailed and where respect for the law is a way of life.

Once there was a temple here. My first bookshop. THE bookshop. Four small rooms with walls full of books. At the bottom left of the stairs leading to the upper floor, there was another room and a terrace. Every time I went in, I would open books, read two lines, then put them away – again and again. I came here with my father as a child and then over time I learned to come by myself. It was a place that made me feel important, rich and powerful – at the center of the universe. Better than gold or diamonds my friend – books, so many books. And I wondered if I would ever be able to have a bookshop of my own one day. It was there that I began to buy books. I often went just to browse, to breathe in the paper, to cross glances. Every time I returned home, I imagined the endless stories in that place – different eras.

I imagined being around during the Renaissance and living at that time as a painter, as a sculptor and meeting with umbrella clad men and women to talk about our lives. Other times I “went” to Paris, and that bookshop, situated smack dab in the center of town, became a café, where we gathered together with musicians and writers to compose entire works, sipping absinthe and smoking opium. There were tables outside, and one of the rooms had velvet walls and had an intense smell of smoke mixed with incense. My fantasy continued to keep me company on my way home. There are also secrets that bind me to that bookshop. Of course, the bookshop was never more than my imagination running wild, but it was still MY bookshop. And when it closed in 1998, I was tempted to buy it. I really thought about it, but I didn’t have enough money. It sickened my heart. 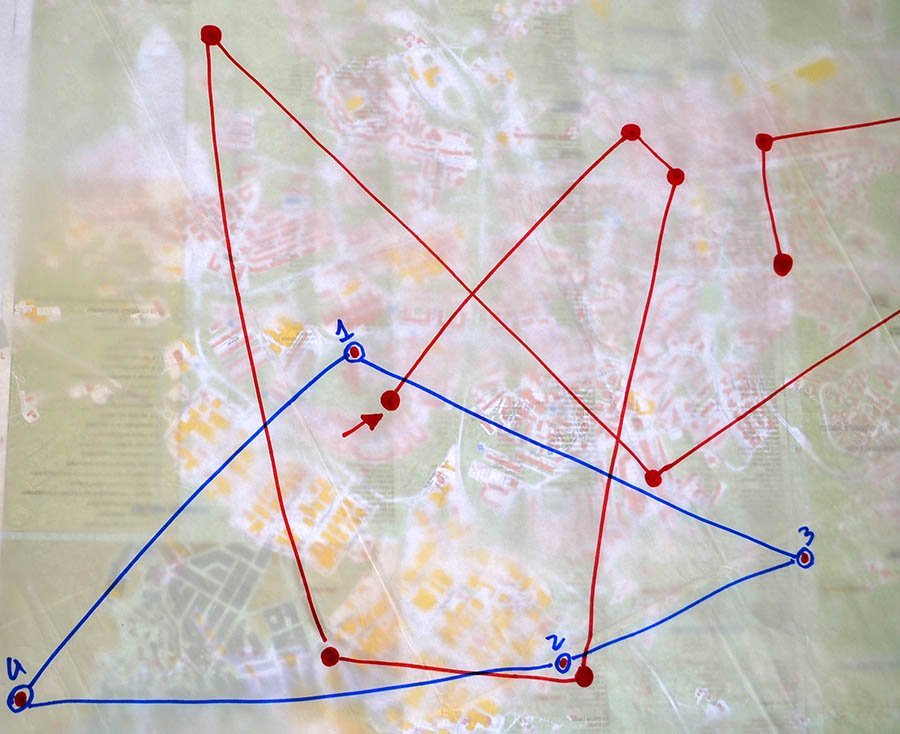 THE SOCCER PITCH ON VIALE ITALIA. THE BEND.

Here we come to the pitch. Well. Turn your gaze to the sky and now take a nice 360 degree look around. To the north, you have buildings. I lived right there on the first floor of one of those buildings, from where my mother screamed at me to come home, after endless games of football that I played as a child. To the south you can admire the vastness of the horizon, from the San Giuliano dam to the Montescaglioso dunes. This was the center of my world. ‘Thirty years ago there were no cars here. It was an isolated area on the outskirts and thus, our land. We were wild and free at all hours. We were a gang, but a nice gang – of kids. We didn’t even need to defend our territory. The football pitch, a place of eternal and endless challenges, was slightly sloping, but that was what we had and for us, it was our temple of football. Now there is high grass growing there but once, there were crumbling wooden doors built by us and if you hit the pole, kicking the ball a little too hard, you risked having one of them fall on you. And what about the imaginary lines at the perimeter, made with flour stolen from our homes? Fantastic. I swear we played for five consecutive hours. Once I went to the hospital for exposure and dehydration. Two days later I joined my friends again at the pitch – they welcomed me like a war hero with slaps on their shoulders and hugs. Game anyone? And so it all began again!

MY HOUSE ON VIA NAZIONALE, VILE ITALIA, VIALE EUROPA AND ON VIA CILEA

I wanted to gather four fundamental points of my life and thus, 4 emotional moments of my existence in this imaginary quadrilateral. These are the four houses that have sheltered me up until now and it would be impossible to talk about all the sentiments that each of these four places represent for me. Protection and shelter, love and affection, moments of daily familiarity. They are all listed in chronological order: the first from 1 to 5 years, the second from 5 to 34, the third from 34 to 37 and the fourth, my current home, from 37 to today. Each one as mentioned before, has played an important role in my memories, but I want to focus my and your attention on the third. Viale Europa. Why? Because it was my first home as an independent man, and like all first things you never forget, it was my Ithaca, my conquest, my truth. This is the place, beyond that gate, that I retired to after work, after a holiday, after a beer with friends, after a moment of joy, after a moment of pain. And these walls were able to discreetly contain my moods, my tears, my smiles. I had never lived alone but I wanted to so bad. Beyond that door, a living room, a kitchen, a bathroom and a bedroom and much life ahead of me. A new life, a new phase, with the awareness that that seed, planted years ago, would become adult and would have finally given its first fruit. It’s the simple things that excited me in this new phase of my life – shopping, washing my own clothes and cooking.